The Reverend Danté R. Quick, Ph.D., was installed as the fourth Senior Pastor of First Baptist Church of Lincoln Gardens (FBCLG) in Somerset, NJ on June 12, 2022.

Prior to joining FBCLG, Pastor Quick served Friendship Missionary Baptist Church in Vallejo, California, for more than 10 years. He began his pastoral ministry there on Aug. 1, 2010 and was installed as Senior Pastor on Aug. 7, 2011. After his arrival, the church had extraordinary growth, both spiritually and numerically. Only eight weeks into his tenure, Reverend Quick and the Friendship family were featured on the front page of the Times-Herald as “one of the largest African-American congregations in Vallejo.”

Pastor Quick was born and reared in Washington, D.C. He relocated to Atlanta to attend Morehouse College where he received a Bachelor of Arts degree in Political Science with a concentration in Pre-Law. While at Morehouse, he was one of the first recipients of the William H. Cosby Grant for Landmark College’s gifted-dyslexic student program.

Pastor Quick accepted his call to ministry under the Pastorate of the Reverend Dr. Aaron L. Parker of the Zion Hill Baptist Church in Atlanta. In response to his commitment to serve God, Pastor Quick received a Master of Divinity with a concentration in Theology from Princeton Theological Seminary in Princeton, NJ. He was the recipient of the Jean Anne Swope and James L. Mechem Prize in Christian Ethics. He served as the President of the Association of Black Seminarians, an organization that represents all Princeton seminarians of the African Diaspora. Pastor Quick also served on numerous student/faculty committees and as a Graduate Chaplain for the African-American students at Princeton University. Pastor Quick published his first article entitled, “The Relevance of Race,” in The Princeton Theological Review and is a contributor to The African-American Lectionary.

Pastor Quick has served both the church and the academy in several capacities. In 2006 he was called to serve New Liberation Presbyterian Church in San Francisco, which experienced phenomenal growth in attendance and internal love. In addition, Pastor Quick served as a Policy Analyst for ITC/Faithfactor, a Presidential Initiative of the Interdenominational Theological Center in Atlanta. In that capacity, he developed and delivered training materials and programs to aid African-American churches and leaders in engaging in community development programming.

Secularly, Pastor Quick has served in the offices of Mayor Marion Barry, Congressman John Lewis and Governor Zell Miller. He also served as the Legislative Representative for the Atlanta Board of Education. In these capacities he has addressed audiences at the National Conference of Black Mayors, The World Conference of Mayors and the National Conference of Black Men. He also served as the Special Programs Administrator for the Fulton County District Attorney in Atlanta.

Pastor Quick relocated to the Bay area to pursue a Ph.D. in Philosophical and Systematic Theology at the Graduate Theological Union, as well as African-American Studies. Upon his acceptance, he was awarded the President’s Award and the William Randolph Hearst Scholarship. His studies are focused on the theology of Howard Thurman and the political philosophy of Ralph Bunche en route to the construction of an African-American political theology. He was the first appointed Howard Washington Thurman Teaching Fellow at the American Baptist Seminary of the West where he was responsible for teaching Constructive and Systematic Theology and Ethics. Pastor Quick was also one of only 12 Ph.D. students selected as a Walbash/Teagle Religious Educator Fellow at the Graduate Theological Union. He also served as the student representative to the Graduate Theological Union Board of Trustees.

On September 8th, 2017, Pastor Quick was conferred with his Ph.D. in Philosophical and Systematic Theology with a focus on African American Studies from the Graduate Theological Union, University of California at Berkeley.

Pastor Quick is the proud parent of Alexander Danté and Kennedy Danielle. 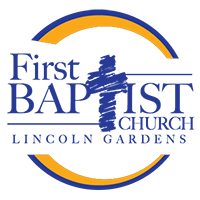